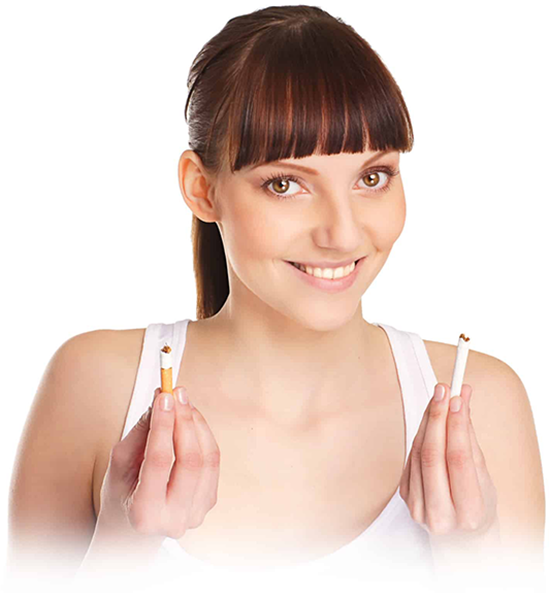 Ready to call yourself an ex-smoker within 25 days?

Tobacco contains nicotine, a powerful, addictive drug, making it not so easy, if not impossible for some smokers, to give up this bad habit. Smoking is a deadly habit that claims millions of lives every year.

Still, it is vital to quit smoking. It leads to serious health complications such as infertility and high blood pressure but worse, stroke, or even lung cancer, mouth cancer, and throat cancer.

However, the effect of smoking on those who are involuntarily exposed to it is even more dangerous. The smoke from cigarettes is released into the air and so is inhaled by any non-smoker who is unlucky enough to be around you. So it is not only a wise decision to quit smoking for yourself, but also for everyone around you.

How many times have you said to yourself, or to others, “I really have to quit smoking”? Probably more than you would like. Unfortunately, you just keep on smoking because you are supposedly not ready for it yet. About 90% of smokers have the desire to get rid of their smoking addiction.

Good news, because it is now possible for everyone to quit smoking with a little effort and dedication.

If you are a smoker and are seriously considering quitting smoking, it is a good idea to try Tabex. Tabex is marketed by Sopharma, a leading and leading Bulgarian pharmaceutical company.

Tabex has as its main ingredient cytisine which, in several studies, has been proven to be very effective. After analyzing the data collected from thousands of smokers, researchers at the University of Geneva concluded that “Cytisine has been shown to be extremely effective in smoking cessation.”

Cytisine has been used in Europe for years to treat nicotine addiction. The active ingredient in Tabex is cytisine, an alkaloid isolated from the plant Cytisus Laburnum. Its chemical structure is similar to nicotine and affects the same receptors in the brain called nicotine-acetylcholine receptors. However, cytisine has a stronger ability to bind to these receptors and thus protects them from nicotine by preventing it from binding to them. As a result, the symptoms of nicotine addiction gradually diminish and disappear. In addition, Tabex is an affordable supplement that helps you to quit smoking effectively and safely.

The standard treatment is 25 days but can be repeated for a total cycle of 2 months. Studies show that this is much more effective as more patients quit smoking after 60 days! In this case, 2 packs per cycle are recommended.

Treatment should be applied according to the following schedule:

The amount of cigarettes a person smokes during the first three days should be gradually reduced. Complete smoking cessation should take place no later than the fifth day after the start of the course.

Tabex is a fairly new nicotine-free supplement in most of the world, with no adverse side effects and a 90% success rate.

This website uses cookies to improve your experience while you navigate through the website. Out of these, the cookies that are categorized as necessary are stored on your browser as they are essential for the working of basic functionalities of the website. We also use third-party cookies that help us analyze and understand how you use this website. These cookies will be stored in your browser only with your consent. You also have the option to opt-out of these cookies. But opting out of some of these cookies may affect your browsing experience.
Necessary Always Enabled
Necessary cookies are absolutely essential for the website to function properly. This category only includes cookies that ensures basic functionalities and security features of the website. These cookies do not store any personal information.
Non-necessary
Any cookies that may not be particularly necessary for the website to function and is used specifically to collect user personal data via analytics, ads, other embedded contents are termed as non-necessary cookies. It is mandatory to procure user consent prior to running these cookies on your website.
SAVE & ACCEPT